Almost a year ago, on May 18, 2015, I visited a new medical practice to have an initial consultation as my internist was in the process of retiring. I asked the mother of one of my students, married to a doctor, for recommendations from him of doctors with offices near the school where I teach. Yes, I based my choice on the three magic words of the real estate industry: location, location, location. The office space itself was tired and dated but right away I could tell that the staff was efficient and well-versed in the technology of the 21st century, something that was sadly lacking in my previous doctor’s practice.

My medical history was taken by a PA through a series of questions with my responses entered directly by her into her laptop. While I loved my former doctor, and felt that he was an excellent diagnostician having steered me safely through shingles and Lyme disease, I felt immediately at ease with her and really liked her bedside manner.

Because it was my first first visit and I was seeking the refill of a prescription from my previous doctor, she did a mini-physical: weight, blood pressure, pulse, EKG. And, that’s where the visit took an unpleasant turn. The weight discussion. And to make matters worse, she disclosed that my EKG was abnormal. She gave me an order for lab work, to determine my blood sugar and cholesterol numbers. She also wrote out a referral to a cardiologist for additional tests. The subsequent visit with the cardiologist and follow-up cardiac tests was unbelievably scary and life-changing. 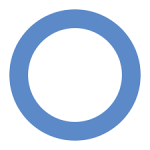 In my essay When Best Friends Become Enemies, I briefly discussed the beginning of my journey to health, which I mark July 17, 2015, as the official start date. Since then my husband and I have completely changed the way we eat, the way we shop for food, the way we order food when we eat out. We are not on a diet; we are on a health plan. We have given up certain foods but for the most part we don’t feel deprived or depressed about it. We have instead replaced those food enemies with food friends we also love that are healthier for us. Yes, it has taken willpower and discipline to make these lifestyle changes but to say it has been the hardest thing I’ve ever done would be a lie. It would be much harder to live with type 2 diabetes, which is where I was heading, or to recover from cardiac bypass surgery, which was almost a certainty. The diabetes and bypass surgery may still happen in the future, if genes and family history have any say in the matter, but I truly believe I have delayed if not prevented them from happening, which is nothing short of a miracle.

A few weeks ago I visited the PA again, ostensibly to be sure the lingering effects of a terrible head and chest cold had not evolved into a sinus infection. As usual, she sat across from me on a tiny rolling stool, laptop balanced on her knees, asking questions and typing in answers. She asked me how I was feeling overall, other than the hacking cough, and I told her GREAT. I said, “Take a look at my weight today and compare it to my first visit with you back in May of 2015.” She clicked a few keys and replied, “Wow, what is that, like, 30 pounds?” I said, “31 to be exact!”, which every dieter in the world knows that even one pound is worth a correction. She was truly impressed that I had taken heed of the serious warnings from my May 2015 visit with her, my subsequent lab work and EKG. I told her of my visit with the cardiologist and how she had outlined what were to be my new food enemies and my soon to be food friends. And, for some reason, I explained to her, fear of my impending health crises had finally motivated me to make drastic lifestyle changes.

We chatted about this journey to health I had undertaken and my successes thus far, along with the successes of my husband, who has also staved off, no doubt, health issues with his weight loss and new level of fitness. She decided we should do labs again to see how my blood sugar and cholesterol had changed in the ten months that had passed. As I had not eaten anything yet that day, I went right to the lab and had blood drawn. Later that night, through the marvels of technology and the innovative way this medical practice operates, I received an email from the PA, and it was one of the best emails I have ever received. My blood sugar was completely normal, well out of the pre-diabetes range, and my overall cholesterol was only two points from normal, which given that I am not on a statin or any other medication for cholesterol reduction was great news. The most significant decrease was my triglycerides, which went from 197 to 112.

While it was great knowing that was going on inside my body was on target for better fitness, there have been more tangible results as well. I can walk longer distances and at a substantially quicker pace than before without huffing and puffing like a three-pack a day smoker. I can see a noticeable difference in the shape of my legs. I’ve had to purchase new jeans and dress pants.

Most significantly, I recently purchased clothes at a popular women’s clothing store, one that targets younger and more affluent career women, a category I haven’t been in for quite some time. This is not a store that carries plus sizes, and other than a necklace I purchased for my daughter’s birthday present one year, I’ve never been able to shop there. On a whim, I went in and tried on a blouse and cardigan from the sale rack. Yes, it was the largest size they had, but a long way from the plus size I had been wearing. It fit and I almost cried right there in the dressing room. That one shopping experience was worth the countless salads and low-carb meals I have had over the past ten months.

So, dear donut, dear cupcake, dear pizza, dear cheesesteak, it has been totally worth saying no to you. And, dear zoodles, dear butternut squash, dear arugula, dear baked sweet potato fries, thank you so much…you made all this possible.